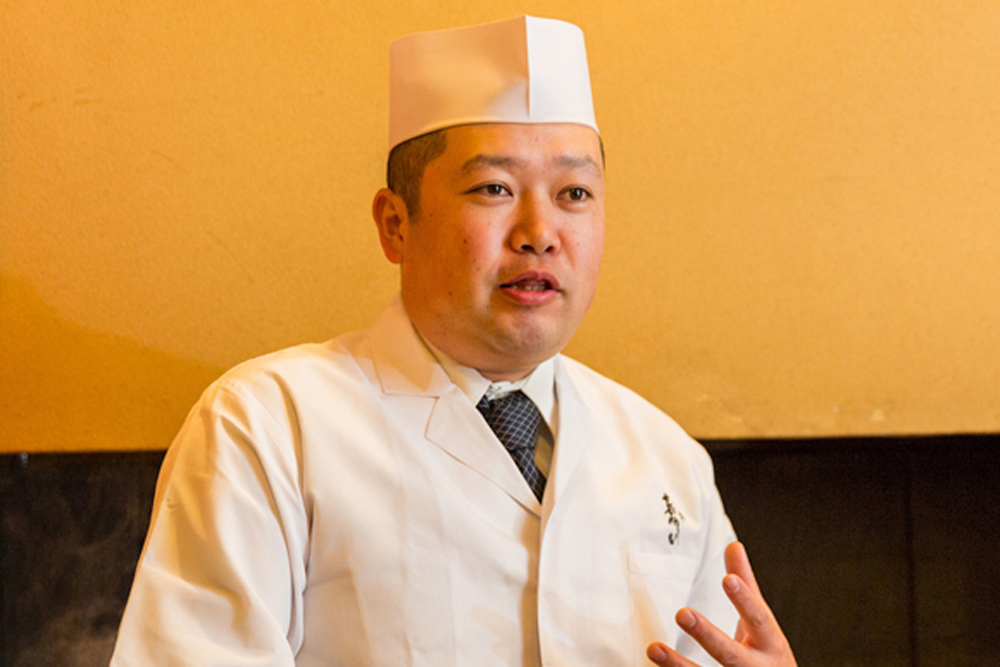 "My Journey as a Chef"

Like many children growing up, I wasn’t sure what I wanted to do with my life. However, that all changed when my friend told me he wanted to open up a bakery when he grew up and I replied that I would open a restaurant next to his bakery.
I was fortunate to get into one of the best culinary schools in Japan. despite never being a particularly smart student in school. But my parents, not believing that I could make it as a chef, refused to help pay for my culinary education. Yet I was determined and told them that I would do whatever it takes to pay for it myself.
Even though my heart was set on becoming a chef, I soon realized I had a hard time grasping the technical side of things in school, and found myself frequently falling asleep in the classes I was uninterested in. But when it came to the Japanese cuisine classes, However, I was always wide awake during traditional Japanese cuisine classes and found that I had a real passion for it.
After graduating culinary school, I was fortunate to find work at one of the highest acclaimed restaurants in Japan. I thought it would be smooth sailing from this point on, but as you can imagine, this would not be the case.

"I sometimes had days where all I would do is touch sesame all day."

I soon realized that things would be very difficult after the first day. Four of my coworkers, with whom I studied at culinary school with, quit on the very first day of work. It was a tough environment, and most ended up quitting. Very few of us remained. And the ones that remained were mostly relegated to doing menial tasks.
I was very fortunate though, since I was one of the few that got transferred to a branch that allowed me to assist with actual work in the kitchen preparing food and not just cleaning. I did do a lot of cleaning too though, and I polished so many pots that my fingerprints just about disappeared.
At the time, I had no idea how all of these things would be useful for me. I sometimes had days where all I would do is touch sesame all day, broiling it and straining it. I later came to realize that no ordinary restaurant would spend that much time making sesame tofu. But in order to achieve extraordinary things, you must do things out of the ordinary.
I worked for 14 years in Osaka and Kyoto while pursuing my dream of becoming independent. I spent all my money regularly going to the best restaurants to learn more and to understand what makes them different. The training continued to be though, yet had no idea of the difficulty that was approaching.

"You cannot become a chef in the condition you are in."

One day, while I was working at “Ichijunisai Ueno”, I felt something wrong with my right wrist, so I went to the hospital to get it checked out. The doctor brushed it off, and told me that there was some inflammation in my tendon and that it would be fine with time.
A while later, while I was preparing some fish I suddenly dropped the knife. I was scared because my wrist and hand was paralyzed and I couldn’t even grip a knife.
Something was seriously wrong, so I talked to my master who told me he could introduce me to a specialist in wrists. I went to the specialist and was given some shocking news. He found that I had contracted a rare disease which had caused my wrist bone to dissolve.
I was in disbelief. The specialist told me, “The disease has already reached an advanced stage and you may never be able to grip a knife again. You should forget about cooking. You cannot become a chef in the condition you are in”.
I was heartbroken and in disbelief. My dreams had been crushed in an instant. How could I cook if I could not even grip a knife? Cooking was everything to me and I did not know what to do.
I decided to consult my master, because I felt he would know what was best for me. My master told me, “I will take care of you and your salary. It’s okay if you can’t cook, just take phone calls and do other things. And go get surgery on your wrist.”
It was very hard to see everyone in the restaurant working so hard, while I was limited to simple tasks and could mostly do nothing. After a lot of thought, I told everyone that I had to quit. I could not contain my emotions and I could not stop the tears when I told them what I had decided.

After surgery and long rehabilitation, my wrist healed miraculously. I was able to fulfill my dream and purpose in life at the age of 32, and on June 20th of 2012, became independent and opened “Oimatsu Kitagawa”.
I was very fortunate to be in a good environment and around wonderful people who enabled me to grow. People such as Hiroshi Sasaki, the head chef at “Gion Sasaki”, who greatly influenced me, both as a chef and as a man, as well as Norio Ueno of Ichijunisai Ueno who took me under his wing.
I will always strive to do my best in order to repay all the people who supported me through my tough times. I will also treasure the friendships I have made with the people I have met and will continue to meet at Oimatsu Kitagawa.